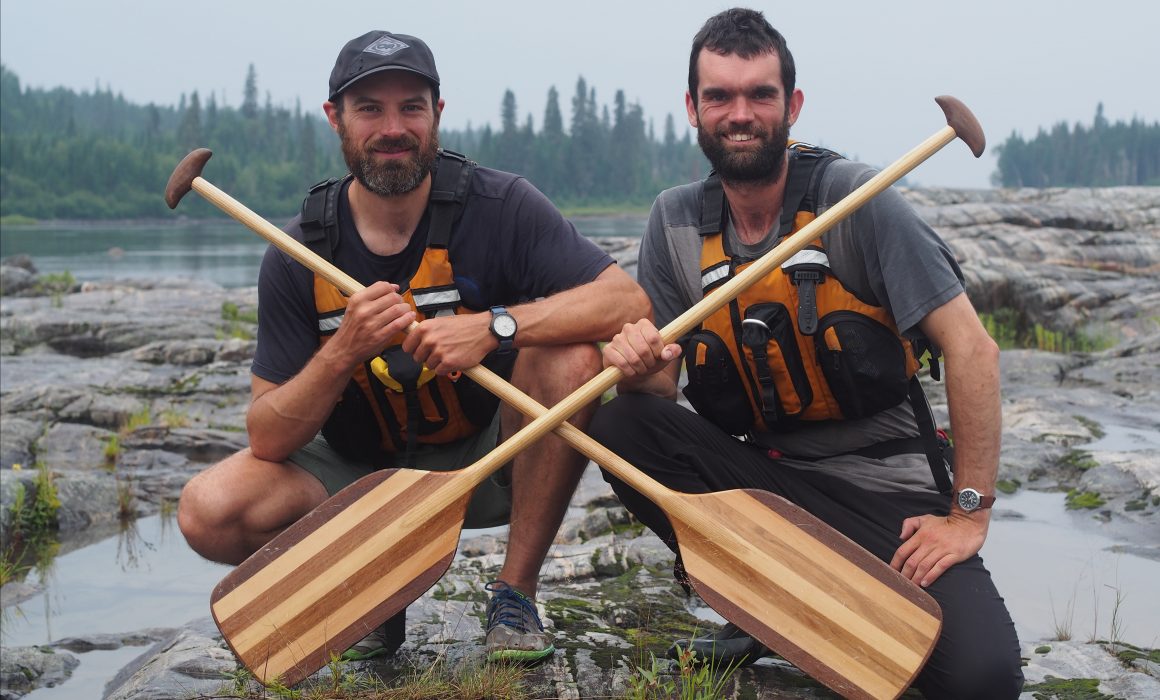 The Transtaiga Expedition 2021 team traveled from east to west across Quebec, from Blanc-Sablon to Waskaganish, in 38 days.

Samuel Lalande-Markon left Blanc-Sablon in the far east of Quebec on July 1, 2021 and pedaled 2500 km solo for ten days to the north of Chibougamau where he joined his partner, David Désilets. First as a pair, then as a team of four, the team canoed the entire Broadback River for 24 days to the Cree community of Waskaganish, in western Quebec, on James Bay, covering a distance of 532 km. This is the second crossing of Quebec made by the Expedition Transtaiga team, after pedaling and canoeing from Montreal to Kuujjuaq in 2018.

Flies and the loneliness of Labrador

The first part of the expedition was a challenging one for cyclist Samuel Lalande-Markon, who is used to long-distance solo rides. After flying to Blanc-Sablon, he pedaled the entire Trans-Labrador Highway, one of the most isolated in North America, with short stops in Churchill Falls and Labrador City. “I was surprised by the quality and beauty of the road. The pavement work is almost complete and provides access to an otherwise inaccessible part of the territory. This should be a must-do roadtrip for Québécois and Newfoundlanders!”

Despite the omnipresence of flies and abnormally hot temperatures, the cyclist was able to progress from 225 to 270 km per day. After Fermont, Route 389 took him back to the St. Lawrence River where, after a two-day stop in Tadoussac, he traversed the Lac Saint-Jean region and reached Lac Frotet, 120 km north of Chibougamau, using the Route du Nord.

Starting July 15, Samuel Lalande-Markon and David Désilets navigated the mythical Broadback River, one of the major tributaries of James Bay. For 24 days, the duo maintained an average of about 25 km of travel per day which allowed them to appreciate the beauty of the territory of Eeyou Istchee James Bay. “Since we were traveling west, we were able to appreciate the changes in nature over time. We witnessed the flowering cycle of several species, including the narrow-leafed kalmias that covered the ground in the undergrowth at the beginning.

As a duo, they were able to cross important rapids, natural obstacles to navigation on the way down. They also faced strong winds, which forced them to paddle at night on a few occasions to take advantage of the calm periods. “Paddling Rupert Bay under a sky of shooting stars will remain in our memories as one of our most memorable adventure experiences,” adds Samuel Lalande-Markon. The team portaged several major waterfalls accessible only by water, including the 34-metre-high Tupatukasi Rapids, considered by many canoeists to be one of the most beautiful in Quebec.

From the James Bay road, for the last 140 kilometers, the canoe duo of Éric Laforest and Rémi Cloutier joined the expedition.

Back in Montreal since August 9, the team now wishes to share its experiences from the field with the public in the form of photo essays, video capsules, articles and conferences. A concert-documentary is also being prepared in collaboration with the baroque music ensemble Les Boréades de Montréal.

The essential support of Quebec companies

To achieve their project, the Transtaiga Expedition was able to count on the support of two Quebec companies: the bike manufacturer Panorama Cycles, which provided Samuel Lalande-Markon with the Anticosti steel gravel bike, as well as Telloc, which provided the team’s satellite communications.

This site uses Akismet to reduce spam. Learn how your comment data is processed.